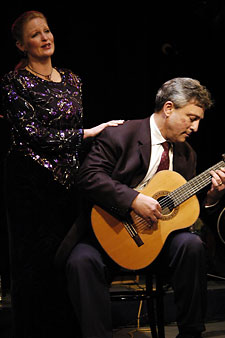 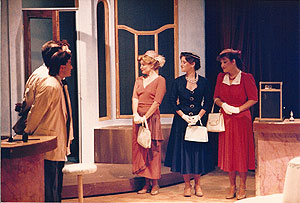 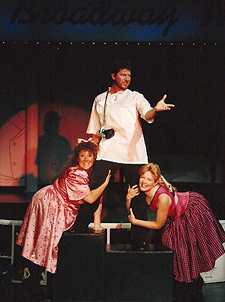 Linda Noble Brown, coloratura soprano, has shared her remarkable vocal versatility in performances of opera, musical theatre and concert performances throughout the continental U.S. and western Europe. Her operatic roles include Zerbinetta in Ariadne auf Naxos, the title role in The Ballad of Baby Doe, Olympia in Tales of Hoffman and Constance in Dialogue of the Carmelites, among others. She made her operatic debut as the Governess in Benjamin Brittan’s Turn of the Screw, and her international operatic debut to a rousing ovation as Blondchen in Die Entführung auf dem Serail at the Stadttheatre in Steyr, Austria. She has also appeared in numerous performances of Gilbert & Sullivan operettas, including Mabel in Pirates of Penzance, and has had great success in musical theatre as well, appearing as Amalia in She Loves Me, Julie Jordan in Carousel, Laurie in Oklahoma, Cunegonde in Candide, Anna in The King and I, and Maria in The Sound of Music, among others.

Ms. Noble Brown earned her Master’s degree in Opera Performance at the University of Texas at Austin, under the direction of her vocal coach, Metropolitan Opera tenor William Lewis and internationally known operatic director Robert DeSimone. Her undergraduate studies were completed at California State University, Long Beach, where she studied with San Francisco Opera tenor Ken Remo, as well as Michael Clement and Dr. Hans Lampl. She has performed and received advanced training at the Austrian American Mozart Akademie in Salzburg, Tanglewood Music Festival and the American Center for Music Theatre in Hollywood. She currently studies with Grammy award winning soprano Erie Mills.

Since 1997, Ms. Noble Brown has been the vocal instructor at College of Marin. A member of the National Association of Teachers of Singing, she has an extensive private studio.

Originally from Riverside, CA, Ms. Noble Brown has been a resident of the Bay area since 1990. In the early part of her career she sang background vocals with the pop group The Carpenters, sang with jazz vocal group Voce touring Australia and New Zealand, and once sang back-up for a country and western song with German/British country star, Joe Hodgkins. She has been on three game shows (winning each!), ran the Big Sur marathon and has one tatoo. She has two children, Meghan and Ian, and is deliriously happily married to the love of her life, Mr. Ken Brown.